Mercury Retrograde, You're Killing Me!!! 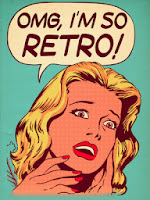 Of course I knew this would happen, it was unavoidable. It was just a matter of being able to go with the flow - the Mercury Retrograde flow in (Fixed) Water-Sign Scorpio.

Not all Mercury Retrogrades are as rough as this one was. The extra added presence of Saturn and the North Node in Scorpio for Mercury to (maddeningly) Transit over and back again made for wave after wave of purely Scorpionic intensity. After a very short while it became obvious that the best policy is to DO NOTHING! Just "be there now," and let "now" be all there is - because the past and the future are both competing to swallow you whole, and alive, much like a giant Python would given half the chance. 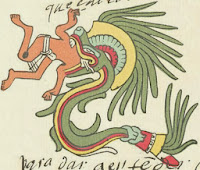 So now begins the climb back to where the whole thing began - back again from 3-18 Degrees Scorpio, we'll get there by Thanksgivukkah (November 28th). We'll try not to use a bulldozer to run over those in our paths on our way there, ok?

All those things you tried to plan the last few weeks? You'll have until November 28th to revise, review and reconnoiter. Optimally it would have been best not to make any plans, but simply to absorb, take it in, take it under advisement until the Retrograde period is finished. Whether you blew a lot of energy on plans that now have to be changed or not, it's time to start at least to begin making lists, plans and projects - an opportunity for a great thrust forward is only a few short weeks away. It's always good to be ready to go when conditions are right!

So - where did the whole Mercury Retrograde Transit happen for you? For me (that's me, Lorelai, by the way!) it happened in my 1st House - my basic, foundational "personality," the "me" I present to the world. What an irony, as during this time period almost everything I've said or done about MYSELF has been either misunderstood or misinterpreted. That's why I've tried to keep it to a dull roar - I get tired of correcting people.

Now it's time to get it right, to nail it, to bring it down and give it over.

Contact me for an in-person Astrological Analysis if you're in Northern California (that's where I am these days) or via Skype (Lorelai1211) - no matter where you are, we can connect.