The Sun at 14 Aries and the Moon at 14 Libra oppose each other (as with every Full Moon) but this Full Moon is also a "Blood Moon" and the shortest Lunar Eclipse of the Century.

This is a relatively rare event astronomically, and as far as the doubling of Lunar Eclipses on the two most prominent "Full Moon" Jewish holidays, that is even more rare. 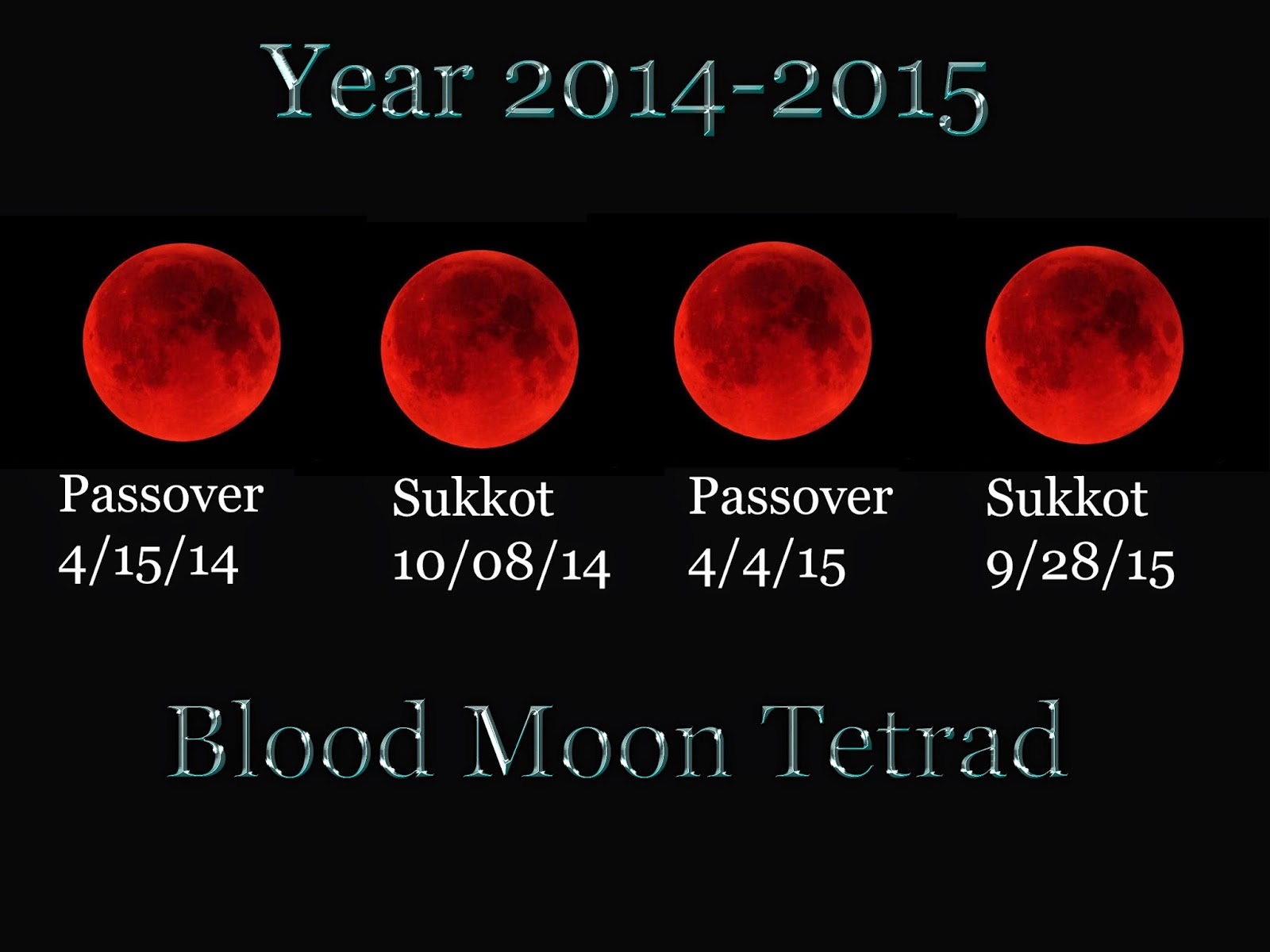 The Torah teaches a concept which I call "Doubling". It's when something happens twice in order to signify that it is a message from G*d.

Several times in scripture a name is called twice to prove it is a direct call from G*d. "Avraham, Avraham", "Yacov, Yacov", "Moses, Moses", "Shmuel, Shmuel" - these are all "doubled" to ensure nobody mistakes the caller for anyone else but G*d.

The "doubling" of the Lunar Eclipses (twice on Pesach and twice on Sukkot, 2014-2015) is, in my humble opinion, no less than G*d calling to the Jewish People.

Regarding the eclipse of the Blood Moon, the Talmud states: "If its face is red as blood, [i a sign that] the sword is coming to the world".

Aries, the Zodiac Sign in which the Sun is during this Eclipse, is ruled by Mars (Maadin), "god" of War. The Moon in Libra is ruled by Venus (Noga), "goddess" of love, balance, beauty and peace. In the Jewish Zodiac, Aries is Yehuda and Libra is Ephraim.

Both Yehuda and Ephraim are the "supernatural firstborn" of their fathers. Yehuda, although the fourth son of Jacob (Yacov) and Leah, became the leader and "supernatural" firstborn by appointment of his father, Yacov, after the moral failings of his three older brothers (Reuven, Shimon and Levi). Ephraim, the younger of Yosef's two sons, was appointed the "supernatural" firstborn by Yacov, who consciously switched his hands while blessing Menashe and Ephraim, giving the younger son (Ephraim) the blessing of the first-born.

What is G*d trying to say to us?

The answer is a very serious warning about Jewish unity. Ezekiel 37:16-17 unfolds the answer here:

"And you, son of man, take for yourself one stick and write on it, 'For Judah and for the sons of Israel, his companions'; then take another stick and write on it, 'For Joseph, the stick of Ephraim and all the house of Israel, his companions.' "Then join them for yourself one to another into one stick, that they may become one in your hand."

We clearly see that some of us lean too heavily on the "Yehuda" side without considering the claims of "Ephraim", while others default to the "Ephraim" side while discounting or ignoring "Yehuda"'s validity. The lack of balance - in other words, the presence of EXTREMISM on both sides - is destructive to not only the Jewish People, but the world at large.

Ezekiel 37:16-17 is part of the Haftarah we read on Shabbos Vayigash, typically right after Chanukkah. In this Parsha, Yehuda and Yosef (father of Ephraim) enact the drama of revealing the concealed truth. Identities long hidden come to light. Truth is outed, tears are wept, hearts which have been broken are mended, regrets long held are dissolved in forgiveness, long-lost loved ones are reunited.

Maybe - as individuals, as communities, as a global and spiritual Claal - maybe we need to internalize the Yehuda/Ephraim paradigm, maybe we need to find beauty and balance in the opposites, maybe we need to hold space for the full spectrum of each other, maybe we can listen to what G*d is saying and find a way to hear the voice of the Divine as if our own name is being called, twice.