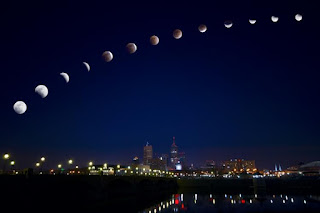 Sunday, July 22nd sees a lot of movement as the Sun at the final degree of Cancer moves into Leo at 2pm Pacific / 5pm Eastern / 12am (Monday) Israel time. The day starts out with the Moon in Scorpio, but by mid-afternoon and early evening in the US and early morning hours in Israel, the Moon has moved into Sagittarius. We start the day with Water/Water energy and end it with Fire/Fire.

Venus in Virgo sextiles Jupiter in Scorpio, expanding the capacity for deeply analytical introspection which is just about what the doctor ordered as today is the Fast of Tisha b’Av, commemorating the destruction of both the first and second Temples in Jerusalem as well as other devastating historic calamities which befell the Jewish people.

Morning is the best time to look inward and perform an extremely thorough, if not ruthless, moral inventory. By evening it’s time to forgive yourself and others and re-calibrate your inner compass to your own True North. Those who have not yet discovered the location of either their own inner compass or their own True North are left at the mercy of the direction and opinions of others.

By Monday, you’ll be so glad Sunday is over you’ll just be grateful to take a deep breath and exhale. The Moon enters Capricorn on Tuesday, shortly after Venus in Virgo opposes Neptune in Pisces. Neptune is sometimes called the “higher octave” of Venus, and this opposition tests Virgo’s practicality against Neptune’s idealism (read: fantasy). It may be beautiful, but is it useful? Moon in Capricorn comes down squarely on the side of material manifestation.

Wednesday the Sun in Leo squares Uranus in Taurus. Leo/Taurus is a “power square” (the two signs are at a 90-degree angle). Queen Elizabeth II and Barbara Streisand are both Taurus Sun / Leo Moon. and Mick Jagger and Bill Clinton are both Leo Sun / Taurus Moon. Fixed Earth Taurus is indicative of wealth, stability, and status-quo, while Fixed Fire Leo is pride, royalty, and a dramatic/theatrical flavor. Uranus is the planet of instability, unpredictability, originality, and erratic behavior. In Taurus, Uranus brings disruptive change to the status quo. Squared to the Sun in Leo, this may be a challenge to existing leadership. Communicative Mercury stations Retrograde late Wednesday / early Thursday morning at 23 degrees Leo, making an uncomfortable Quincunx (150-degree angle) to power-player Pluto in Capricorn. The right hand doesn’t know what the left hand is doing – in this case, the right side of the mouth doesn’t know what the left side is saying.

Thursday might be the best day of the year to take a temporary vow of silence, maybe just until Friday, which starts out with Sun in Leo opposite Mars in Aquarius in the wee small hours, followed by the Lunar Eclipse / Full Moon at 4 degrees Aquarius.

The Lunar Eclipse / Full Moon is the longest (104 minutes total) of the 21st Century. Retrograde Mars in Aquarius conjunct the eclipsed Moon fuels the moral indignation and public passions of “the people.”  Mercury Retrograde in Leo will surely roar when pride is wounded, or gravitas offended. Fresh on the heels of Wednesday’s Sun/Uranus square, likely manifestations are rebellion, revolution, and revulsion against perceived threats to personal and corporate freedoms. Soundtrack? “Blows Against the Empire” by Paul Kantner and the Jefferson Starship. Play it loud. This will NOT be a quiet day for anyone.

Friday is also Tu b’Av (the 15th of the Hebrew month of Av). The Mishna in Ta’anit 4 tells us: “There were no better (i.e. happier) days for the people of Israel than the Fifteenth of Av and Yom Kippur, since on these days the daughters of Israel/Jerusalem go out dressed in white and dance in the vineyards. What were they saying: Young man, consider whom you choose (to be your wife)?” The Mishna continues: “On those days, the daughters of Jerusalem would wear borrowed white dresses -- everyone would borrow someone else's dress, to not embarrass someone who didn't have one -- and dance in the vineyards.” The Talmud in Ta’anit 30:b fills in some of the backstory, telling us that “tribes of Israel were permitted to mingle with each other.” Men from every tribe were free to marry women from other tribes after the restoration of Benjamin after Israel’s civil war (Judges 21).

The democratization of the daughters of Israel (Moon in Aquarius) who borrowed white clothing from one another so that none would be embarrassed by her poverty while dancing in the vineyards under the full moon (Leo), on display for potential husbands from various tribes is a perfect symbolic antidote to Friday’s frenetic energy.

Just in time, Shabbos Nachamu begins Friday night. We’ll read Parshat Va’etchanan on Saturday, hear the repetition of the 10 Commandments, and during the Haftarah, the magnificent verses of Isaiah: Nachamu, Nachamu Ami (Comfort ye, Comfort ye my people) will lift our souls and revive our sagging spirits if the rough-and-tumble celestial energies of this week have left us feeling forlorn or just plain worn-out.

Friday’s lunar eclipse occurs at a very sensitive point (4 Aquarius), within a -3-degree orb of the upcoming Jupiter-Saturn Conjunction at zero degrees Aquarius in December 2020. This is important because in classical astrology, the Jupiter-Saturn Conjunction above is thought to reflect changes in religion below. The role of the Jupiter-Saturn conjunction in world history as understood by the great 8th century Persian astrologer Abu Ma’shar was brought into medieval Jewish thought by 11th century Spanish commentator Abraham Bar Hiyya, who emphasized the religious implications of this transit in historical astrology.

Important: This Friday’s lunar eclipse is the energetic prequel to the Jupiter-Saturn Conjunction of December 20-24, 2020, which itself is preceded on December 14, 2020 by a Solar Eclipse at 23 degrees Sagittarius – the companion Solar Eclipse to the Lunar Eclipse of June 14, 1946: the day Donald J. Trump was born.

Yes, let that sink in. Trump was born on the Lunar Eclipse of June 14, 1946. The Sun in Gemini at 23 Degrees opposite and eclipsing the Moon in Sagittarius at 23 Degrees. During the Solar Eclipse of December 14, 2020, the Moon at 23 degrees Sagittarius will eclipse the Sun at the same degree. Bookends? Portends of a parenthetical beginning and ending? The Full Lunar Eclipse this Friday, July 27, 2018, is the kick-off which climaxes in December 2020 – six weeks minus one day after the Presidential Election on November 3rd, 2020.

Bar Hiyya explicitly associates the dibbuq ha-gadol with messianic expectations in his Megillat ha-Megalleh. Yehudah ben Nissim ibn Malka (13th century Morocco) and Abraham Zacuto (14th century Portugal) both wrote about the conjunction maxima as a prophetic messianic portent. Friday’s Full Lunar Eclipse at 4 Aquarius as a kick-off to the Jupiter-Saturn conjunction at zero Aquarius in December 2020 escalates the global and ever-growing sense of urgency underscoring the common understanding that a profound change of some sort must happen and happen soon.

May we only hear good news, and may the One Who created the heavens and the earth and everything else imbue us with mercy, grace, and love for one another and for ourselves.
at July 22, 2018