Summer Solstace - Outside and In

We are in the "South" (bottom) of the year, energetically - as the Sun peaks and then begins, little by little begins to shorten the days until we're on the other side (Winter Solstice - the tribe of Dan, Capricorn) of the year.

Tammuz and Tevet both have fasts associated with them, both have calamities associated with the Jewish People, and within a person's own Natal chart, these two cardinal points (the 4th House/10th House cusps) correspond with the Inner (Cancer, Tammuz) and Outer (Capricorn, Tevet) manifestations of the idea of SECURITY.

Remember what the Torah says about Reuven ... "you are as unstable as water" (Cancer, the Cardinal Water Sign), also Reuven was greatly beloved as the first-born, the son of Yaakov's "first strength," and yet acted inappropriately in the matter of his father's relationship with his wives, thus being stripped of his birthright as the leader of the tribes. Nevertheless, Reuven did true tshuva and has a place of honor as one of the 4 cardinal points (one of the four key CAMPS around the Mishkan, see BaMidbar (Numbers) Chapter 2-3.

In one's own personality, we have our "Inner Reuven." It's the 4th House: our family of origin drama, the "seat of the soul," the lowest and most private point of our chart, where we go inside the inside (like a crab goes inside his shell), where we make our "home." It's about our ROOTS - the root of our soul, the root of our family/tribe/origins.


Find out what this time of year means to you (and more) - email lorelaikude@yahoo.com for information on how to book a private Reflective Rectification Astrological Analysis Consultation (in person or via Skype). 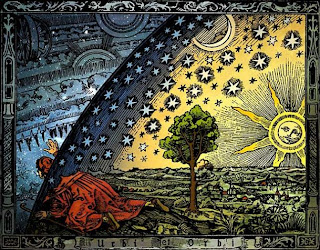 Last week I did an astrological consultation  for a woman who had so much emotional pain surrounding the "Why Am I Here?" question that she literally couldn't see the forest for the trees in her own life.

The North Node of the Moon is the "Karmic Setpoint" of the Natal Chart, the TIKKUN INDICATOR in Torah-centric astrology, and it's placement in the chart (by sign, house, degree and aspect) is a clue to the "fixing" task of the soul during this incarnation.

The irony of the North Node is that there is also the South Node - the placement of (which of course is exactly OPPOSITE that of the North Node) shows where the Soul was the last time around, and exactly where the "comfort zone" is that must be broken through during this lifetime. Because if you stay in your comfort zone, you never get to become yourself - the true self you were meant to be this time around. You'll be comfortable, yes. But you won't grow ... and that means you won't have accomplished the growth of your soul, so what's a lifetime for?

The woman whose chart I did was clearly fearful of her North Node. When I asked "Susan" (not her real name)  if she'd ever thought about being a physician or healer, she became visibly agitated. "Yes, I feel strongly attracted to the healing arts, I wanted to study medicine but my family didn't feel higher education for a daughter was something they wanted to invest in."

I began to gently probe Susan's North Node / South Node dynamic in relationship to the asteroid Chiron (the "Wounded Healer," the aspect of the "Leprous Messiah" in one's life, the place of wounding where, when understood, accepted and integrated into the emotions and personality healing may flow to others from one's own wound) in her 4th House (Family of Origin). I found it to be very SORE.

Rather than stand up for the truth of her own soul, this naturally talented woman succumbed to her family's belief in her own worthlessness and became their "caretaker" instead of becoming a physician or healer. Ironically, Susan ended up using her nascent healing arts on the very people whose collective will opposed her formal development, keeping them (her mother, aunt, a much older sister, each of whom developed disabling health problems shortly after this woman had reached adulthood) as her "patients" for many years.

After the death of her sister (the last of the "patients" Susan had kept alive over the years), Susan is now wondering what she should do with her life. Mid-30's, single, having devoted the prior 15 years to the physical and emotional care of her disabled female relatives, Susan could barely see that even though she had not pursued a formal education as a physician, she HAD in fact spent her adult life as both doctor, nurse and caretaker, hospice provider and diagnostician.

Having finally inherited a great deal of money, she was paralyzed with fear about what to do with it. Her deepest wish was to send herself to university and become a physician, but her guilt about stepping outside the box created by her acquiescence to other people's opinions about her worth created a frozen inability to decide.

When we looked at her chart together, I showed her the "picture" of her female relatives (a strong signature in the chart) in relationship to her South Node (the comfort zone of where we left off in our past life) opposite her North Node / Chiron conjunction. "You paid your debt to them, you gave them life, honor, comfort and dignity for 15 years, and now you're free to become the 'you' you've always known you could be," I told her. She wept and then, clearly moved by receiving "permission" (from a total stranger - me!) to be herself, told me she had only the day before asked G*d to show her what she should do with her time and her money now that she was free.

Liberated from guilt now that she could see an actual "picture" of the reality of her own life (the life she had lived but never had "reflected" back to her in the way that Reflective Rectification Work does), she realized that in spite of her feelings of shame for succumbing to the devaluation of her own intellect and abilities, the merciful and good G*d Whom she loved and served had, in fact, arranged her life so that she had been able to pay her karmic debt, honor her mother and older relatives, create dignity and comfort for those she loved although they had hurt her, and in the bargain acquire 15 years of hands-on experience that proved to her, beyond doubt, that her innate abilities were not "wasted," but employed in the care of others who themselves (in a prior incarnation) had cared for HER.

She now felt empowered to begin to explore her future.

Looking for your "Tikkun Indicator" or just in the market for a "Tikkun Tune-Up"? Contact lorelaikude@yahoo.com for a personal consultation.
at June 09, 2011 No comments: