Excited to announce that I'll be teaching about Jewish Astrology at the JCC of the East Bay's Tikkun Leyl Shavuot all-night study session! 5am to 5:30am in the South Hall - because you need something to WAKE YOU UP before Shachrit!
at May 19, 2018 No comments: 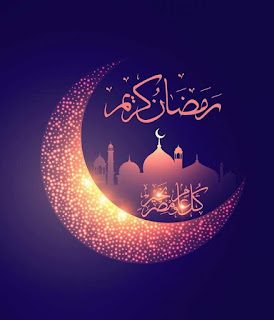 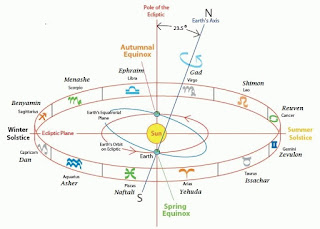 This week we read the Torah portion of "BaMidbar," the opening chapters of the Book of Numbers, which describe how the Children of Israel were commanded to pitch their camp in the same configuration during the 40 years of wandering in the desert between Egypt and the Land of Canaan. The configuration of the encampment is the mirror image of the twelve constellations of the Zodiac and their associated tribes. As the constellations of the zodiac surround the earth, the twelve tribes encamped surrounding the tabernacle. 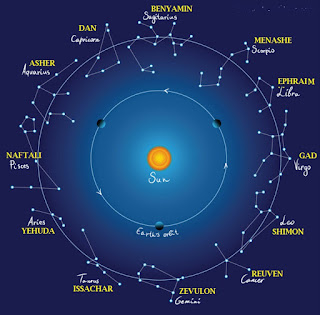 The repetition of this sacred and specific pattern – which may have been the collective embodiment of the Israelite’s mandala, was reenacted forty-two times as detailed in the Book of Numbers by the generation in the desert. This repetition may have served to embed this cosmic pattern into a symbolic primal identity point during the process of developing tribal consciousness during the forty years of wandering.

The 42 times the Israelites encamped in mirror-image of the order of the zodiac may have been a primitive version of what the medievalists would later call the drawing down of rūhaniyyāt, spiritual energy which manifests as powerful energetic emanations above attracted by a “sympathetic” image below. The graphics here illustrates the order of the encampment and how it corresponded to the order of the zodiac.
at May 16, 2018 No comments: 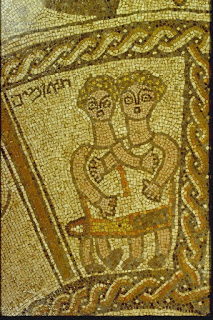 Rosh Chodesh Sivan Tov! The Hebrew Month of Sivan is associated with the Mutable Air sign of Mercury-Ruled Gemini, the Great Communicator, as we celebrate receiving the Torah, the ultimate communication / Divine Download of all time!

Sivan is the month of enhanced connectivity. We connect to thought, to speech, to information and ideas, to people and places.

Gemini/Sivan belongs to the traveling Tribe of Zevulon. The Sefer Yetzirah connects Sivan to Thursday, the Right Ear, the Spleen, and the letter Zayin, and Mercury, the ruling planet of Sivan/Gemini to the letter Resh.

Follow this link to my "Astrolojew" column for Chodesh Sivan in J-The Jewish Weekly of Northern California!
at May 15, 2018 No comments: 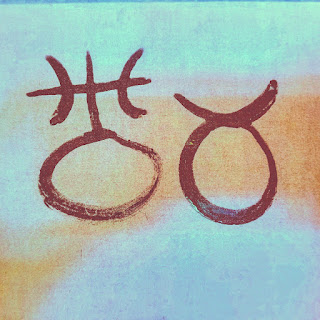 The planet #Uranus enters Taurus today, a constellation it has not visited since the last transit (1934-1941). Uranus is a "modern" planet, discovered in 1781, and is associated with modern phenomenon such as electricity, space exploration, and the Internet. On a trans-personal level, Uranus speaks of the urge towards individuality and away from conformity. At the same time, Uranus has been given the modern rulership of Aquarius (classical ruler: Saturn), the sign associated with humanitarianism, the community/collective and affinity groups.

The lesson of Uranus is how to cultivate and maintain personal uniqueness within group identity. The last time Uranus transited Taurus, we saw a massive failure to learn this lesson unfold in Nazi Germany, where a toxic brand of Fixed Earth-based group identity took root ("Blood and Soil"). Let's hope we do better this time around. All of the current permutations of "Blood and Soil"-based hyper-nationalism which were activated during Uranus in Mars-ruled, combative Aries must now be mercilessly stamped out before they take root in Fixed Earth Taurus.

On a personal level, the planet Uranus in your natal chart indicates where your own personal need for individuation and uniqueness is located. If the planet Uranus is conjunct (with 3-5 degrees) your natal Sun or Moon, or any of your other natal planets or cardinal cusps, it plays an enhanced role in pointing to where and how and why your uniqueness must be acknowledged and honored. Failure to be true to your own individuality can and does lead to frustration and unhealthy behaviors.

Lag b'Omer: Written in Our Stars 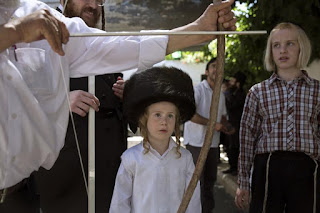 Fun Astrolojew Fact: Iyar 18, the 33rd Day of the Omer aka Lag b'Omer, is ALWAYS either Moon in Sagittarius or Moon in Capricorn (depending on where it falls in the 19-year Metonic cycle upon which the Hebrew calendar / Jewish Year is based).

Sagittarius is "keshet," represented by the bow and arrow of the archer. The symbol of the bow and arrow is historically synonymous with the holiday of Lag b'Omer. Capricorn is ruled by Saturn ("Shabbtai"), the planet associated with the Jewish People for a variety of reasons, not the least of which is the association of "Shabbtai" to Shabbat.

So either way, via the bow and arrow of Sagittarius or the Saturnian "Shabbat" energy of Capricorn, Lag b'Omer is a holiday literally written in our stars as well as in our story. #JewishAstrology #OurCelestialHeritage
at May 02, 2018 No comments: