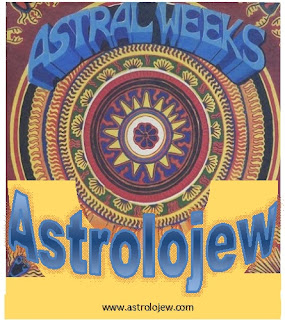 This week begins the dozen days (August 7–18) during which Mercury, Mars, Saturn, Uranus, Neptune, and Pluto will all be retrograde. These are the celestial “dog days” of summer. The retrograde motion of planets is an illusion caused by the moving Earth passing other planets in their orbits, a phenomenon relative to our location on planet Earth. The planets of our solar system themselves do not actually reverse their orbits and travel backwards: it just looks like it from our vantage point. Nevertheless, the energetic manifestation of any planetary retrograde reflects a sense of energetic impedance, feeling “stuck,” or difficulty going forward. Which is why these dozen days in August calls for vacation time, whether it’s a getaway or stay-cation. If you can’t get away physically, at the very least it’s time for a brain vacation.

Sunday August 5th finds the planet Venus at the very last degree of Virgo. The Moon enters Gemini on Sunday evening, energizing a double-Mercury (Gemini and Virgo) tag team between emotions (Moon) and romance (Venus). Venus at 29 Virgo is in the “critical” degree, and in the case of Virgo, this can be taken literally. Beware of being too fickle, too finicky, too fastidious or too frenzied.

Venus moves into her home sign of Libra on Monday, August 6th, inspiring art and creativity. Interpersonal harmony in the area of thought sounds like a theoretically great idea, and perhaps might even be possible for some as Venus in the early degrees of Libra makes a trine to retrograde Mars in Aquarius – sweet, but possibly short-lived, as Uranus stations retrograde at 3 degrees of Taurus on Tuesday, August 7th, making an exact trine to Saturn in Capricorn. The practical Earth signs want to know: who’s paying for this party? The Moon enters her home sign of Cancer on Tuesday night, and opposes Saturn early Wednesday morning, August 8th, ramping up emotionalism and enhancing super-sensitivity around security issues. The Sun conjuncts retrograde Mercury in Leo on Wednesday evening, during which we can expect to hear the lion roar – especially when feeling misunderstood and/or disrespected. Emotional Moon enters proud Leo the evening of Thursday, August 9th. Tears of frustration and rage may give way to passionate venting – avoid becoming personal during conflicts with others. But – hey! Remember my advice at the beginning of this column about the vacation you were supposed to take this week? By Friday August 10th you’ll be wishing you had taken this advice to heart at the beginning of the week. Retrograde Mercury in ego-driven Leo squares retrograde chronic exaggerator Jupiter in compelling, controlling Scorpio, raising the stakes in a very public game of “truth and dare.” Escalating one-upmanship expands gap between raw desire and the polite or impolite things you’re willing to give – or take – to get what you want.

Those who did not take a vacation from their ego this week may be heading for a real confrontation with the relative smallness of their own existence during Saturday’s Solar Eclipse / New Moon in Leo on August 11th. Saturday, Shabbat Parshat Re’eh, is also Rosh Chodesh Elul, the beginning of the Hebrew month of Elul, whose initials in Hebrew stand for “Ani l’Dodi v’Dodi Li” – I am my beloveds, and my beloved is mine. Remember who and what you love, and cling to that reality while the winds of life’s dramas and traumas swirl around you. Reduce anxiety by asking yourself: How much of all that chaos actually belongs to you– and how much just doesn’t belong to you at all, but is a product of the mass hysteria of a world in pain, screaming at you from every screen? Don’t overdose on the information wars right now, they’re only serving to stoke the flames of the collective angst. The Moon goes Void of Course shortly after the eclipse as we all simultaneously exhale, and Moon enters calm, rational Virgo late Saturday night. We’re deep into Retrograde Season, but in every seeming impediment there’s the opportunity for re-calibration. Course-corrections are worth slowing down for.
at August 05, 2018