#Aretha: Respect for The Queen of Soul

Aretha Franklin, the “Queen of Soul” died today at 76. As tributes to her amazing talent and groundbreaking accomplishments pour in from around the world, it is fitting we take a moment to examine her natal chart and ask ourselves if it can give us any insights into this legendary woman who has inspired so many for so long. 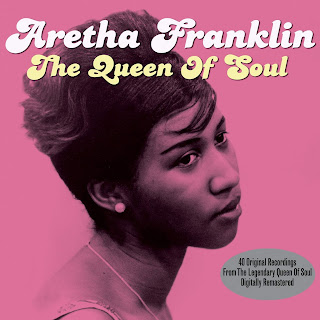 Aretha was an Aries with Scorpio Rising, making Mars and Pluto her ruling planets (Mars rules Scorpio in Classical astrology, while Pluto is the Modern ruler). Aretha’s natal Mars is at 11 degrees Gemini in her 7th House, conjunct both Black Moon Lilith and Jupiter. This expands, enhances and enlarges (Jupiter) her raw energy (Mars) and her inner image of herself as a sexual woman (Black Moon Lilith). Mars is Chi, the Life-Force, the “Yetzer” (neither tov nor rah, but simply the raw life force/impetus to desire), the drive that propels any human onward.

Aretha’s chart co-ruler Pluto is at 3 Leo, conjunct her Parts of Fortune (the way shefa or material blessings enter one’s life) and Chiron (the “Wounded Healer”) in her 9th House. Channeling our collective pain brings healing, and for all her tremendous Mars/Pluto power, nobody could channel vulnerability, longing, and the poignancy of loss and loneliness combined with raw strength like Aretha. An example of this can be heard in her cover of Leon Russel’s “A Song for You,” and “It Hurts Like Hell” from the “Waiting to Exhale” soundtrack, and many more.

The Essential Loneliness of The Powerful Woman

Yet it is Aretha’s tender, sensitive, maternal, nurturing, emotionally hungry Moon in Cancer on the cusp of her 8th/9th House tells of a woman enduring a tremendous range of emotional ups and downs in her relations with “others” – the things she shared and longed to share, the values and valuables, resources and intimacies, spiritual and religious feelings and beliefs, and philosophy of life. She wanted it all and deserved it all, but never got it all at once or all from the same person. Saturn and Uranus conjunct in Taurus in her 7th House made her too strong in the eyes of any partner, Mars in Gemini in her 7th House made her too mercurial and too powerful in ANY of her multiple selves as a partner – she was powerful as a woman, a lover, a cook, a gourmand, a hostess, a performer, a private giver of charity, a businesswoman. In each and every permutation her strength and power, competency and brilliance were barriers for the average man, who could only glimpse her most tender, passionate, intense, private longings.

Her Sun in Mars-ruled Aries in her 5th House of Creativity and Creations and Children made her fearless, a pioneer and a leader in every creative endeavor (and an unwed teenage mother). Scorpio Rising made her intensely private and protective of her personal life and her possessions. Today on MSNBC I heard a lifelong friend tell of how Aretha insisted until the end in being paid in cash, which she’d put into a purse and place in the safekeeping of a friend in the audience, where she could see her money as she performed, as she’d been ripped off and robbed so many times when first starting out in show business.

Where did she get THAT VOICE? Aretha’s natal Mercury in Pisces in her 4th House of Home and Family was exactly opposite her North Node, indicator of “tikkun” or destiny, in Virgo in her 10th (Public Persona of Career & Business) House. It was her soul’s job (North Node) to publicly (10th House) and perfectly (Virgo) communicate (Mercury) eternal and transcendent truths (Pisces), truths which she learned in her home environment (4th House) and expressed in her career persona (10th House). Venus, the planet of creativity, at 20 degrees Aquarius, was conjunct her 3rd / 4th House cusp. Her creativity came from the convergence of communication (3rd House) and the values and lessons of “home” (4th House). Venus in Aquarius is universal love – she didn’t reserve her love or her talent for only those things that came from “home” – her repertoire extended to genres far outside the gospel choir or the native sounds of the Motor City, Detroit, where she grew up. Her roots were in church and in soul and gospel, but her fruits were universal.

Symbolism of Passing In and Out of This Incarnation

A woman of deep faith who grew up in her father’s church, Aretha’s chart co-ruler Pluto conjunct Parts of Fortune and Chiron in her 9th House indicated the roots of her faith. 9th House is the “higher mind,” long-distance travel, religion and philosophy, higher education, “exotic” or “foreign” people places and things. Pluto is the planet of profound transformation: death and rebirth, the proverbial phoenix rising from the ashes, resurrection of the dead. Chiron, the “Wounded Healer,” is where we take the wound life has delivered us and learn to heal ourselves by healing others bearing the same wound. Parts of Fortune, the cosmic opening or shefa-conduit of blessing from beyond, is deeply connected to both Chiron and Pluto here. Her special gift of connecting to collective deep emotions (Moon in Cancer / 8th House) and manifesting them in her art brought healing (Chiron), emotional and spiritual abundance (Parts of Fortune) and transformative, life-changing power to people all over the world (9th House).

August 16th - The Day The King AND The Queen Passed On

Finally, it’s impossible to ignore the time/space continuum calendrical convergence of the day of passing of Elvis (“The King) Presley on this same date – August 16th – 41 years ago. The Sun was at 23 degrees of Leo on August 16, 1977, the day Elvis left the building, just as it is today.

The Sabian Symbols interprets 23 Leo as:


"IN A CIRCUS THE BAREBACK RIDER DISPLAYS HER DANGEROUS SKILL. KEYNOTE: The audacity and perseverance required to control and play with the powerful energies of the vital realm in human existence. The horse has always been the symbol of the vital energies. In a wild state the horse represents the magnificent, raw, impetuous energy of the libido in all its forms. When tamed, this energy is put to man’s service. There are men who have dominated their natural energies so well that they can perform spectacular feats. Here these achievements are seen within the context of a social function and expressing a flair for dramatics. At this third stage, the ego is in control; he is a great showman, but he serves a purpose. The performance stirs the imagination of the young consciousness. It raises the mind above the commonplace. The Keyword is VIRTUOSITY."

For those who aren't familiar with the Sabian Symbols, they're an oracle meditation downloaded in a single day in 1925 to Marc Edmund Jones and Elsie Wheeler. They contain symbolic pictures for all 360 degrees of the Zodiac. I sometimes look at their symbolism to get a subtler take on certain Zodiac degrees, and in the case of such gigantic luminaries (no pun intended!), the KING (Elvis) and the QUEEN (Aretha) both exiting their bodies on the same day, it's an interesting perspective to begin to understand the particular energies of the day.

Significance of the Hebrew Calendar / Cycle of Sacred Time

16 August / 23 Leo is also the birthday of both Madonna and Shimon Peres, as well as the Solar yartzeit (day of passing) of Babe Ruth, “Gone With The Wind” author and unsurpassed publishing sensation Margaret Mitchell, and one who made himself a (despotic) king: Idi Amin.

There is something about 23 Leo which seems to manifest as legendary/superstardom. Not just because Leo which is the theatrical performer of the Zodiac, but this particular degree of Leo. The Sabian Symbol keyword “Virtuosity” seems more than fitting here.

There is much to say about Aretha – but now let’s let her say for herself. Today she’s met her Maker, and may it be the happiest day for her soul. Her memory, music, and legacy will live with us forever. Aretha: you’ve been a legend in your own time, and now you’re immortal, forever the brightest star in the firmament – RESPECT!